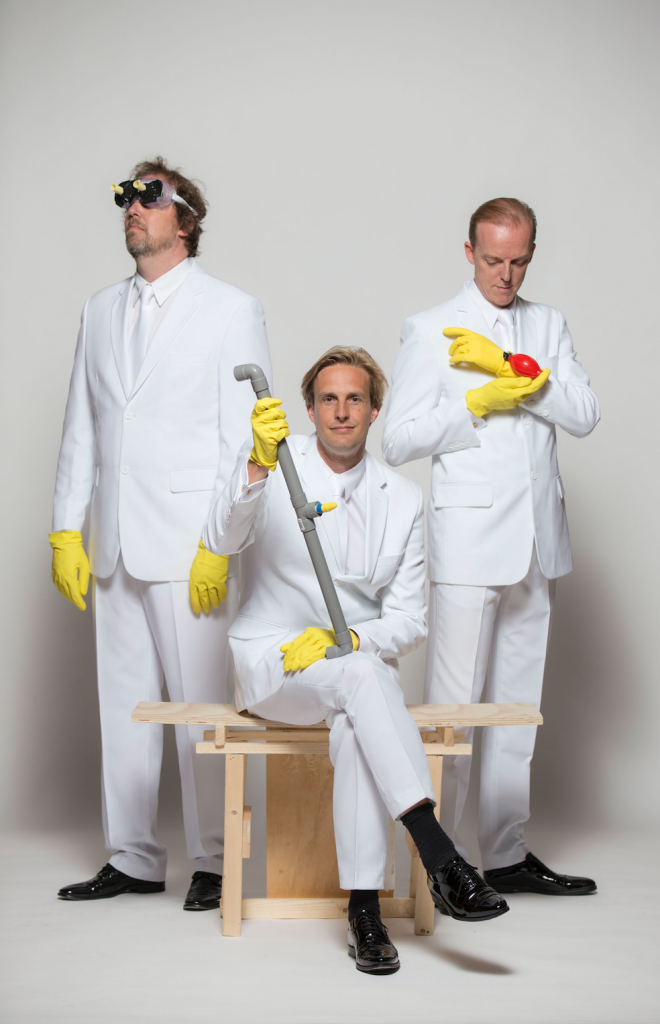 Premier of composition, ‘Le Malade Imaginaire’ in collaboration with designer Lucas Maassen (based in Eindhoven and New York). Commissioned by Storioni Trio and a featured composer for their festival, Storioni Festival (January 2017). Muziekgebouw, Eindhoven, Netherlands.

Le Malade Imaginaire was about the concept of the imaginary sickness and disability. The concert performance is inspired by Le Malade Imaginaire, a 1673 comedy by the French playwright Molière. The work deals with Maassen and Genevieve’s shared themes of ‘limitations’ and ‘insecurity’ and how these elements can become a strength. Lucas and Genevieve both have a disabled brother.

At first, Lucas composed a piece and Genevieve designed and built a chair. From here, Genevieve adapted the composition of Lucas and Lucas designed chairs for the musicians inspired by her initial attempt. Both the music and chairs were presented by the musicians to the audience.

In exploring this, they created instruments that can be attached to the musician’s bodies, hindering their ability to play their own instrument.

The work then took the audience on a journey from experiencing the musicians in their comfort zones to witnessing them struggling with their ‘handicaps’. Creating insecure situations, the musicians were confronted with failure and discouragement. The music suffered, encouraging the viewer to empathise with the musicians. Gradually however, the music began to adapt. It changed as a result of the restrictions and couldn’t be the same as it was but they do manage to find their way with their limitations. A feeling of gratitude for the limitations started to occur whilst appreciation for the new music developed. The music could not be what it was without the ‘handicaps’.