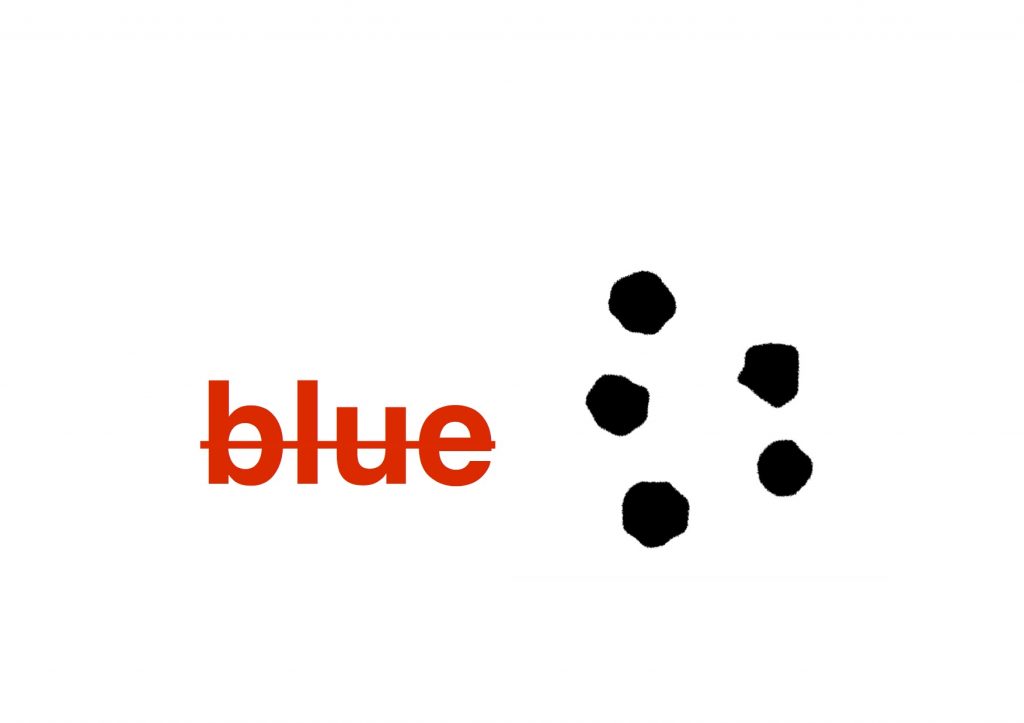 Instructions for ensemble or soloist:

The ensemble will be given the tempo by the conductor. Everyone (includng conductor) must begin by reading the words from their score out loud, in sync with one another. When you see a line running through a word in your own score, change to reading the colour of the word, as quickly as you can, rather than the word itself. You do not need to stay with the pulse that was initially set but you must read every word out loud and reach the end of your score.

F.I.N.E: Fucked Insecure Neurotic Exhausted.
This work is inspired by perseverance and connection

The musician’s assignment is to play a specific note (written in their score) each time they come across 3 dots. At first the score has the 3 dots highlighted in their score but gradually this is removed and they need to differentiate between the groups of 3, 4 and 5 dots without any guidance. The conductor gives the pulse at the beginning but this also stops and the musicians are left to take the test by themselves until they reach the end of it.

This concentration test was originally given to train drivers who have to concentrate for long periods of time.

Live recording from the concert ‘Say The Colour’, by Genevieve Murphy, in Stedelijk Museum, January 2016

Performed by musicians of the Concertgebouw Orchestra:

A violent push of an unpredictable strategy
Le Malade Imaginaire